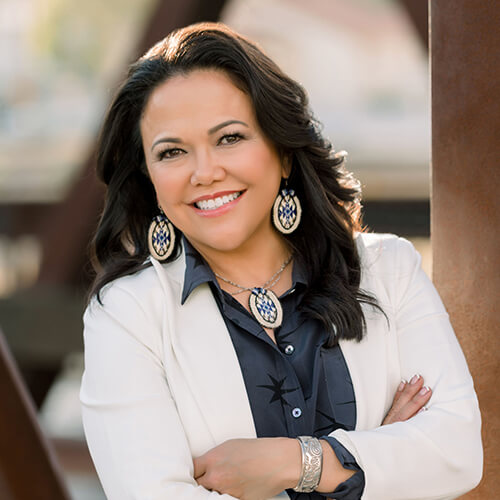 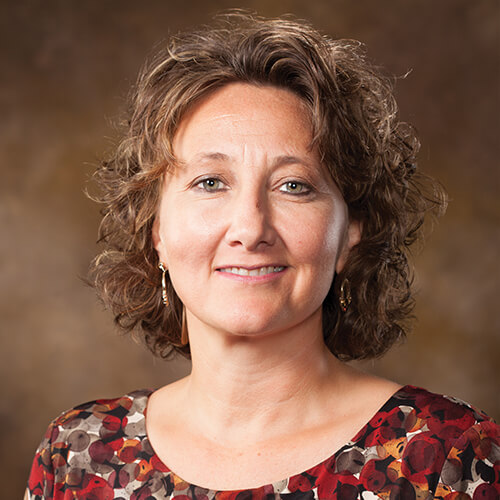 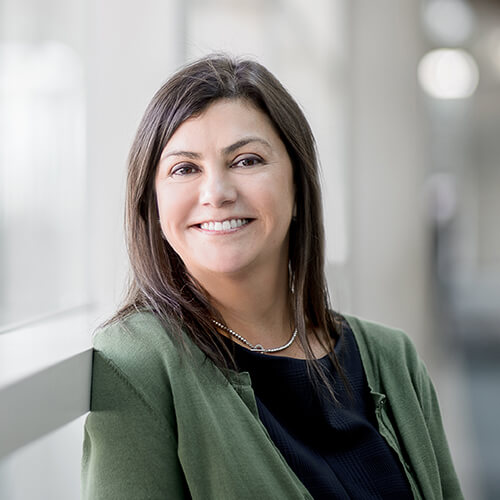 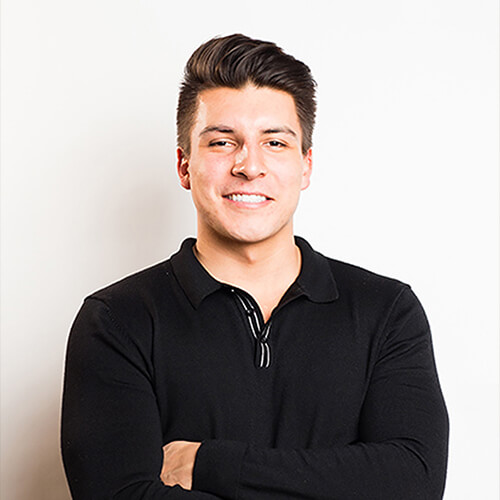 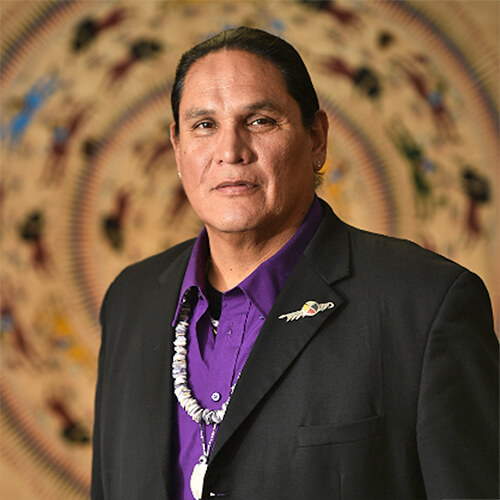 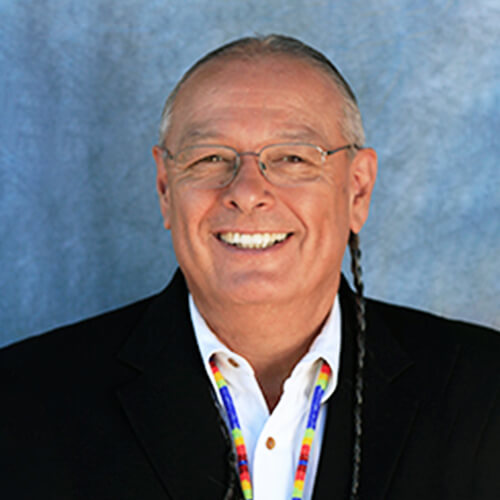 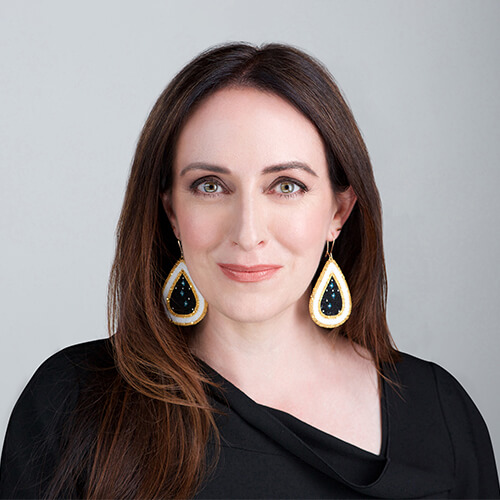 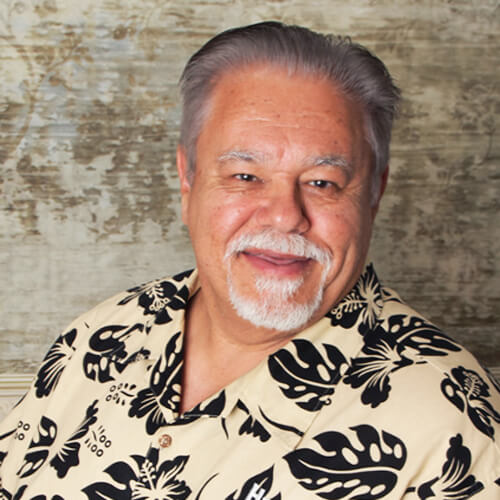 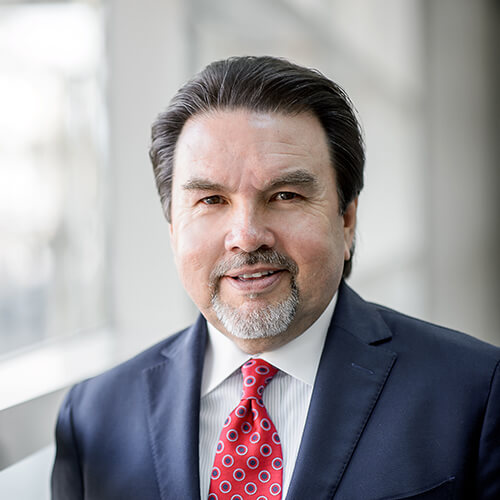 Ms. Cook Macarro is a partner at Spirit Rock Consulting LLC. Holly has served as the Director of the Office of Native American Affairs at the Democratic National Committee (DNC) and in the White House Office of Intergovernmental Affairs (Clinton Administration).

While at the White House, Ms. Cook Macarro focused specifically on tribal intergovernmental affairs matters and coordinated the first-ever tribal economic development conference hosted by the White House and several federal agencies in 1998. During her time at the DNC, she coordinated the national tribal outreach and organizing efforts on behalf of the Democratic Party.

Ms. Cook Macarro has served as the national co-chair of the Native Vote initiative at the National Congress of American Indians (NCAI) and in GOTV and strategic capacities for several Congressional and Senate candidates.  Holly has also played a key tribal role in advising Democratic Presidential campaigns – helping to develop candidate policies on Indian Country issues, providing guidance regarding tribal outreach, and assisting in various organizing efforts.

Ms. Cook Macarro also has significant political and legislative experience in Indian affairs matters, having served as a federal lobbyist and advocate on behalf of many tribal clients since 2001. She has successfully secured client appropriations for tribal-specific projects, secured legislation protecting culturally significant tribal lands from development by a major energy company, secured legislation transferring BLM lands to tribal trust lands, and played a key role in the landmark reauthorization of the Violence Against Women Act. Recently, she was successful in navigating through the U.S. House of Representatives and the U.S. Senate the first Indian water settlement under the guidelines of the newly created legislative and Administration review process for all Indian water settlements.

Ms. Cook Macarro is an enrolled member of the Red Lake Band of Ojibwe and a graduate of the University of North Dakota with a BBA and the University of St. Thomas (St. Paul, MN) with an MBA.  Holly is married and has two sons.

Ms. Leeds is a recipient of the American Bar Association’s Spirit of Excellence Award (2013), an elected member of the American Law Institute (2011), and a former Alphonse Fletcher, Sr. Fellow affiliated with the W.E.B. DuBois Institute at Harvard University (2008-2009). From 2015 to 2017, she was affiliated with Northeastern State University as the Sequoyah Fellow. She received the Cherokee National Statesmanship Award (2014) to honor her service as a Justice on the Cherokee Nation Supreme Court (2002-2006), Chairperson of the Cherokee Nation Gaming Commission (2013-2016), and other services to Indian country.

A former athlete and life-long sports enthusiast, she was inducted into the Muskogee Athletic Hall of Fame in her hometown in Oklahoma (2015). A two-sport college athlete, she received the W. Alfred Hayes Award for Outstanding Student-Athlete at Washington University in St. Louis in 1994. In the summer of 2016, she completed a 950-mile cycling journey as a Cherokee Nation Remember the Removal rider.

Martin is the President of Spirit Rock Consulting, Incorporated. She has extensive experience in federal Indian Law and Policy, having served in several Tribal and Federal key government positions. At Spirit Rock Consulting, Aurene represents Indian tribes on federal law and policy issues. She specializes in Tribal land acquisition and the fee-to-trust process, Tribal gaming, and general Tribal government issues. She also handles a considerable number of legislative policies and issues and has successfully advocated for her clients on issues relating the Federal land transfers and Federal tax issues.

Before joining the Department of the Interior, she was Senior Counsel to the Senate Committee on Indian Affairs chaired by U.S. Senator Ben Nighthorse Campbell (R-CO), where she had a key role in developing legislation involving tribes, particularly in the areas of gaming and health care.

Aurene came to the Committee from the position of Director of Congressional and Public Affairs for the National Indian Gaming Commission in Washington, D.C. Aurene began her career as Senior Staff Attorney of the Oneida Tribe of Indians of Wisconsin, where she worked for over five years. As in-house counsel to the Tribe, she was responsible for Indian Child Welfare Act litigation, state legislative affairs, and gaming matters, and served on the Tribe’s compact negotiation team in 1998. While at the Oneida Tribe, Aurene was responsible for the day-to-day litigation of Indian Child Welfare Act cases for the tribe, and also developed legislative testimony provided by the Tribe before Congress regarding the Act.

Hud is the Program Coordinator for the Indigenous Program at Sundance Institute where he touches on a wide variety of areas including artist relations, Indigenous/tribal community relations, and creative input. Based in Los Angeles, Hud tailors his work to increase the representation of modern Native American and Indigenous people and their stories.

He earned his bachelor’s degree from the University of Colorado – Boulder in Advertising with a Business minor and Additional Field of Study in Communications. During his time in Boulder, he was a First Nations Scholar, White Antelope Scholar, Cobell Scholar, Osage Nation Tribal Scholar, and was a leader on campus as a Student Ambassador.

In his previous work experience, he has navigated the advertising industry working in many niche sectors from credit union marketing to sports marketing all specializing in social media. In addition to his current work, woven throughout his life, he has worked toward being a servant of Indian Country with experience working for United National Indian Tribal Youth (UNITY) Inc. and taking part in programs with the National Indian Education Association (NIEA), College Horizons, and Graduate Horizons. Hud appreciates the opportunity to serve as a Board Member for Native Forward.

Ernie is the Chairman and national spokesperson for the National Indian Gaming Association (NIGA) in Washington, D.C. Stevens is currently in his eighth, two-year term as the organization’s leader, elected by the member tribes of the National Indian Gaming Association. As Chairman of NIGA, Stevens represents the Indian gaming industry. In this role, he has worked to educate Congress, the media, and public about the positive impacts of Indian gaming on tribal and nearby communities. Stevens is also responsible for shaping policy initiatives that have the potential to impact the industry.  Stevens has led the Association and worked to protect Tribal Sovereignty and strengthen the Indian gaming industry. During his tenure, Indian gaming revenues have risen from $11 billion (about $34 per person in the US) in 2000 to over $31 billion (about $95 per person in the US) in 2016.

From 1993 to 1999 Stevens served as an elected council member for the Oneida Nation in Wisconsin. He is a former First Vice-President of the National Congress of American Indians (NCAI).  As a respected leader in Indian Country, Stevens also serves as a long-standing board member on the National Center for American Indian Enterprise Development (NCAID), the Nike N7 Foundation Board, the Executive Board of the Center for Native American Youth (CNAY), and the Native American Advisory Board for the Boys & Girls Club of America (BGCA). Chairman Stevens received an associate degree from Haskell Indian Nations University in 1983.  Stevens also earned a Bachelor of Science degree in Criminal Justice from Mount Scenario College in Ladysmith, Wisconsin in 1986.

Rick has dedicated his career to empowering Native scholars. From 1997 to 2012, he served as the President and CEO of the American Indian College Fund. Prior, he worked at CU-Boulder for 17 years where he led several initiatives, including the American Indian Upward Bound Program, Director of Minority Affairs, and the University Learning Center — now the Student Academic Service Center. Rick was the first Native scholar to graduate from the University of Nebraska Lincoln, receiving a Bachelor of Arts in 1975. Concurrently, he finished an independent study program at the Native American Rights Fund (NARF) in Boulder, Colorado, where he continued his work as a paralegal after graduation. In 1987, he completed a Master of Arts in educational administration at the University of Wyoming, Laramie.

Rick Williams has received an honorary doctorate of humane letters from Roger Williams University in Rhode Island for his work in Native education and the Distinguished Service Award from the University of Colorado Board of Regents and a Distinguished Alumni Award from the University of Nebraska-Lincoln in recognition of his dedicated service to American Indian students and their communities, among other accolades. Although Rick is retired, he continues to serve as a consultant for the Johnson Scholarship Foundation and is seeking to get a Truth and Reconciliation Commission to study the history of Indians in the State of Colorado.

Amber is the Global Brand President of Origins, an active natural skincare brand sold worldwide. Amber has worked for The Estée Lauder Companies, the parent company of Origins, since 2013, where she has held roles of increasing responsibility with a focus on strategy, growth, and business development. Prior to her current role, Amber held the position of Global Brand President, Bumble and bumble where she led the transformation of the prestige haircare brand into a growth engine for the company. Previously Amber was Vice President, Corporate Strategy where she successfully led the development and deployment of The Estée Lauder Companies’ Corporate Strategy and 10-Year Strategic Compass.

Amber began her career at BCG, supporting and leading transformation and growth strategies for corporate clients. She holds a Bachelor of Arts in History, Policy Studies, and French Studies from Rice University and a Master of Science in International Relations from the London School of Economics and Political Science. She lives in New York City with her husband and two children.

Steve is an elected Tribal Council Member of the Rincon Band of Luiseño Indians, where he serves on the Tribe’s Investment Committee. Mr. Stallings is the Council Delegate to the Tribal Enterprise Board overseeing Harrah’s Southern California Resort, the largest tribal resort hotel in California with 1064 rooms. He also represents the Tribal Council on the Tribe’s private equity fund, First Nations Capital Partners, the nation’s only Tribally controlled intertribal fund.

For nearly 45 years, Steve has served Indian Country in banking, developing Indian businesses, and expanding economic development opportunities for Indian people. He is the former Director of Native American Banking Services at Wells Fargo, where for the last 20 years, he pioneered the expansion of financial services to Indian Country making Wells Fargo the leading provider to tribal governments.

Steve was president of the National Center for American Indian Enterprise Development and its predecessor organization, the United Indian Development Association (UIDA). During his 20-year tenure, he helped hundreds of emerging Indian entrepreneurs.

Walter is a former FBI special agent, deputy director of BIA law enforcement, and senior advisor to the Department of Interior’s Office of Law Enforcement and Security.  In his 19 years as an FBI agent, Walter received the FBI Shield of Bravery twice and worked on high-profile cases.