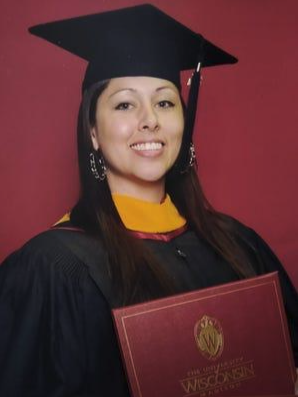 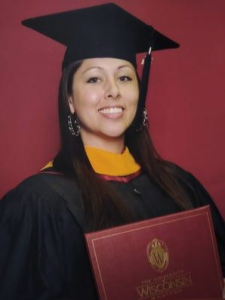 Crystal Lepscier is hoping to soon be among the very small percentage of Native Americans who have earned a doctoral degree, but she knows that probably wouldn’t have been possible without a little help.

Lepscier, 38, is a trailblazer. She’s among the first class of a doctorate program in First Nations education, which started in 2018, in the state of Wisconsin.

It is also the first doctoral program of any kind offered at the University of Wisconsin-Green Bay.

The program draws upon Indigenous teaching and learning methods from elders, oral scholars and faculty experts.

One professor teaching in the program is Dr. JP Leary, who is of Cherokee/Delaware heritage and wrote the book “The Story of Act 31: How Native History Came to Wisconsin Classrooms.”

Act 31 is a series of mandates passed by the state Legislature in 1989 in response to the need for more education about Indigenous history and culture in Wisconsin after what has been referred to as the “Walleye War.”

The “war” was a series of sometimes racist and violent protests and actions against Ojibwe spearfishers in northern Wisconsin exercising their treaty rights with the U.S. government.

Graduates of the UW-Green Bay doctoral program “will have the knowledge to significantly impact education, policy development and advocacy at state, federal and sovereign nation levels,” according Dr. Lisa Poupart, director of the program, who is a member of the Lac du Flambeau Ojibwe in Wisconsin.

Leary said the program is designed for students to put their theories into practice for the direct benefit of the community.

Lepscier is in her third year in the program and, as a member of the Little Shell Tribe of Chippewa in Montana and a Menominee descendant, she plans to use her degree and knowledge to help strengthen her tribal communities.

But she and her husband were already paying $1,200 a month in student loan debt and, with little or no financial assistance for post-graduate education from her tribe or the U.S. government, her dream of a doctoral degree seemed unlikely.

“I’m from a low-income family,” Lepscier said. “I don’t have a backup plan.”

“Having AIGC as a resource is the reason why I’m in school,” Lepscier said.

Founded in 1969, Native Forward is the oldest and largest provider of scholarships to Native American students in the country with well more than $350 million in scholarships awarded.

Another provider of scholarships to Native American students is the Denver-based American Indian College Fund, which has awarded more than $200 million in scholarships since it was founded in 1989.

But the AICF is meant for students attending tribal colleges and universities on or near reservations, such as the College of Menominee Nation.

The mission of both institutions is to help create more Native American college graduates, who have historically been underrepresented in higher education.

Only 19% of Native Americans ages 18 to 24 are enrolled in college compared with 41% of the overall U.S. population, according to the Postsecondary National Policy Institute.

And 41% of first-time Native American college student graduated within six years of starting in 2012 compared with 62% for all students, the PNPI reported.

And 14.5% of the American Indian and Alaska Native population earned a bachelor’s degree or higher compared with 31.3% of the overall population, according to the Census Bureau.

Experts say poverty is one of the biggest impediments for Native Americans earning a college degree.

More than 26% of the American Indian and Alaska Native population were living in poverty in 2016, the highest rate of any group, compared with 14% for the nation as a whole, according to the Census Bureau.

Both the AICF and Native Forward aim to ease the financial burden for Native American college students.

Angelique Albert, executive director of Native Forward, said it’s important for more Native Americans to earn college degrees, so they can be better represented in any career field.

“Education is truly the gateway when we want to financially support our tribal families and tribal communities,” Albert said.

Native Forward’s latest initiative, announced in December, is an effort to assist Native American students looking to prepare for their exams in accounting to become certified public accountants.

That program is funded with $2 million with the goal of assisting 150 Native scholars pursuing accounting and finance degrees within the next 10 years.

The students are expected to work for a time for tribal nations, whether in tribal government, business enterprises or nonprofits.

Preston Davenport, 25, a member of the Sac and Fox Tribe of the Mississippi in Iowa, is an accounting student looking to take advantage of the Native Forward’s new CPA opportunity.

He said he, like many other Native American students, would struggle to pay the $2,500 for the preparation course for the CPA exam, if not for Native Forward.

“If a student can’t afford the preparation materials, how can they expect to pass the exam?” Davenport said.

He said he is hoping to work for his tribe after earning his CPA, which would enable him to represent clients to the IRS, sign off on audits, and be prepared to handle his tribe’s taxes and finances.

With many tribes having much of their revenue coming from gaming, Davenport said more Native accountants are needed.

He said tribal officials are more inclined to trust Native CPAs because of historical injustices against Native nations.

“We’re empowering ourselves to take care of ourselves in this new society,” Davenport said. “Once we empower ourselves with this knowledge, we can protect ourselves from people taking advantage of us.”

Back at UWGB, another scholarship opportunity is becoming available this spring for students in the First Nations studies program.

The Sharon and Thomas Metz Scholarship provides $1,500 to students in the program in perpetuity.

The scholarship was founded by the friends and family of Sharon Metz, who passed away in June 2020.

Metz is a former Wisconsin state representative who was instrumental in laying the groundwork for Act 31. 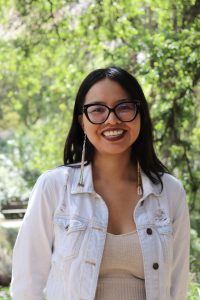 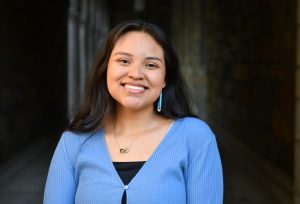